In 2019, Brandon and Tyler Slavey joined their practices to form the firm of Slavey & Shumaker PLLC, where Brandon continues to focus his practice on personal injury and criminal defense. 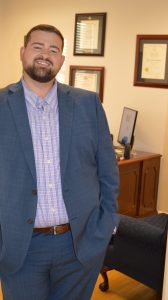