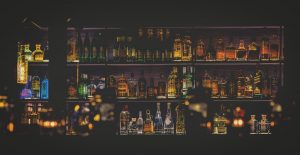 Morgantown Driving Under the Influence Lawyers

If you have been arrested for DUI, you need experienced and skilled Morgantown Driving Under the Influence Lawyers in your corner who will defend you with the same aggressiveness as such charges are prosecuted.  Do not wait to retain an attorney, as your right to operate a vehicle can be lost if appropriate action is not taken within 30 days.

What If I Refuse the Breathalyzer or Chemical Test?

West Virginia law considers every driver in West Virginia, by operating a vehicle on a West Virginia road or highway, to have given implied consent to taking a preliminary chemical breath test (breathalyzer) during the officer’s investigation and a secondary chemical test of their blood or breath after an arrest.  Your driving privileges could be suspended or revoked for at least 45 days and possibly for life by refusing to take the test after you have been pulled over and during the officer’s investigation.

WHAT ARE THE PENALTIES FOR DRIVING UNDER THE INFLUENCE IN WEST VIRGINIA?

Penalties for DUI in West Virginia vary based upon the driver’s Blood Alcohol Concentration (BAC), any prior DUI convictions, and whether anyone was injured.  In West Virginia, you can be charged with DUI if your BAC is above eight hundredths of one percent (.08) or more. Non-Aggravated DUI’s are those involving a BAC between .08 and 0.15.  Any BAC above .15 is consider to be an Aggravated DUI.

A First-Offense DUI Non-Aggravated (above .08 and below .15) is a misdemeanor offense is punishable by up to 6 months in jail and a fine between $100-$500, plus court costs and ancillary fees.  However, a Non-Aggravated First-Offense DUI to be disposed by deferral under West Virginia statute.  What this means is that if you have not been convicted of a DUI before, you may be placed on probation, which includes the DMV Test and Lock program for at least 165 days, following a 15 day license suspension.  Upon successful completion of the deferral program and its requirements, the DUI may be dismissed. The offense can be expunged from your recorded on year after successful completion of the probation period, if you have never been convicted of any felony offense.

A First-Offense Aggravated DUI (above .15) is a misdemeanor offense and is punishable by not less than 2 days nor more than 6 months, with an actual incarceration of not less than 1 day, and a fine between $200-$1,000, plus court costs and ancillary fees.

A Second-Offense DUI (any conviction for DUI after a prior DUI conviction) is a misdemeanor offense and punishable by 6 months to 1 year in jail and, possibly, a fine of $1,000-$3,000, plus court costs and ancillary fees.

A Third-Offense DUI (any DUI conviction after two prior DUI convictions), and any subsequent DUI thereafter, is a felony offense and is punishable by 1 to 3 years in jail and, possibly, a fine of $3,000-$5,000, plus court costs and ancillary fees.

Driving Under The Influence of Controlled Substances or Other Drugs

As you can see, a DUI charge and/or conviction can have an enormous impact on your life, including your freedom, your finances, your employment status and prospects. You need immediate attorney representation when charged with a DUI/DWI. Call the Morgantown Driving Under the Influence Lawyers at Slavey & Shumaker PLLC today for a free initial consultation.